For instance, Habib explores the performance of ‘safety theatre’ - the creation of a sense of security and safety that may or may not be real - by commuters on public transport. She reveals that our understanding of danger and safety in everyday life is evaluated by a ‘perceived normative’ (products) and security safety systems (services). Announcements, advertisements, signage and the installation of emergency contact points referenced in Habib’s work act out implications of safety and security on public trains. There is an expectation for the public to not challenge these evocative symbols of safety.

The 2015 Safety Line seriesdepicts advancements in security technology such as the Opal Card and its associated tracking systems. Habib also challenges security advertising and privacy in new works including, Attention Passengers and In Case of an Emergency, referencing the performative aspects of ‘safety theatre’. 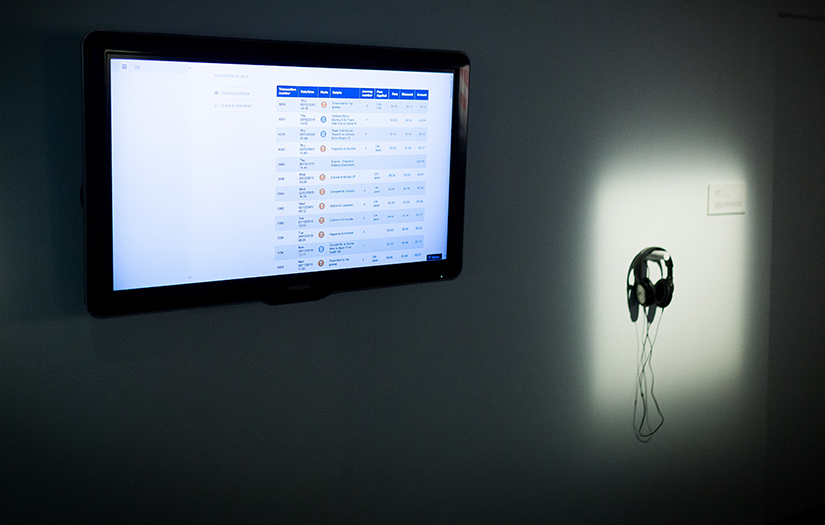 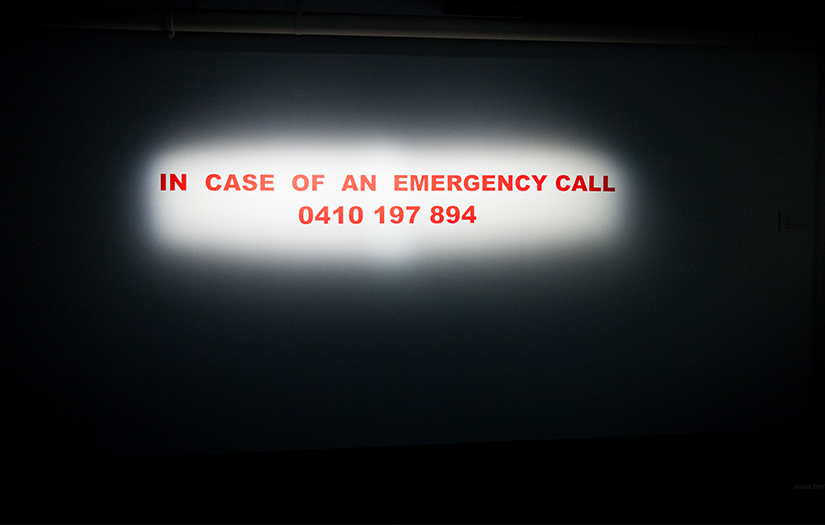 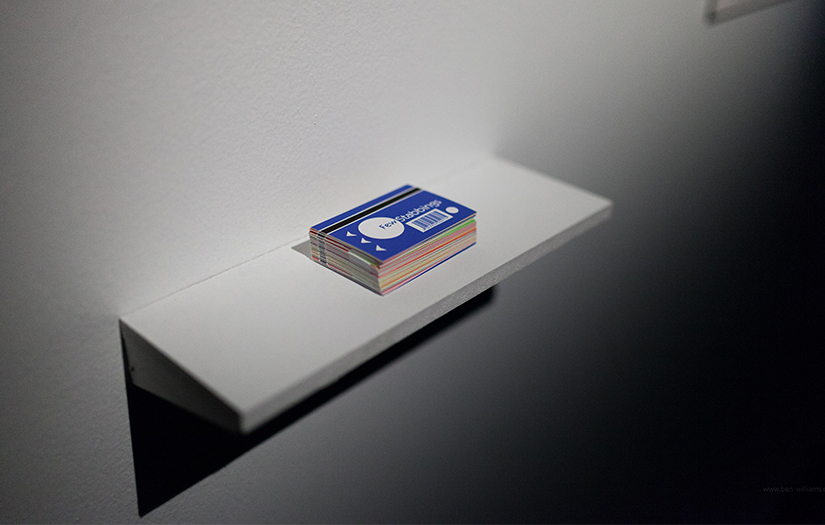 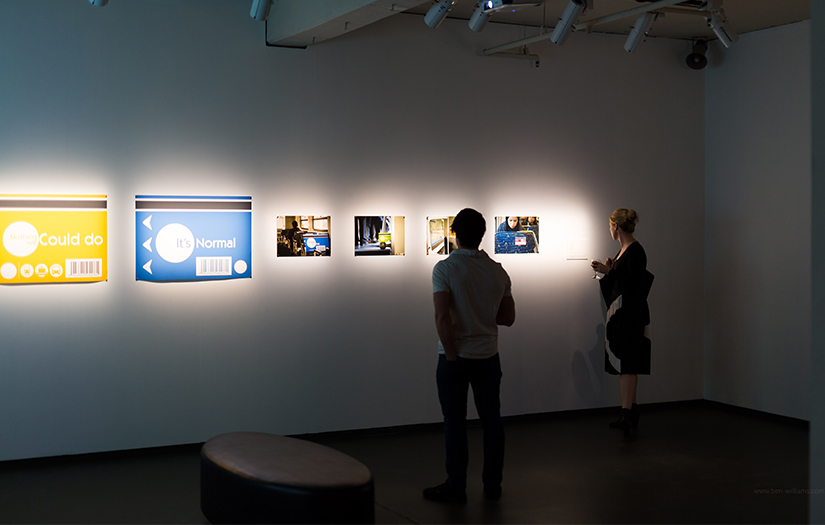 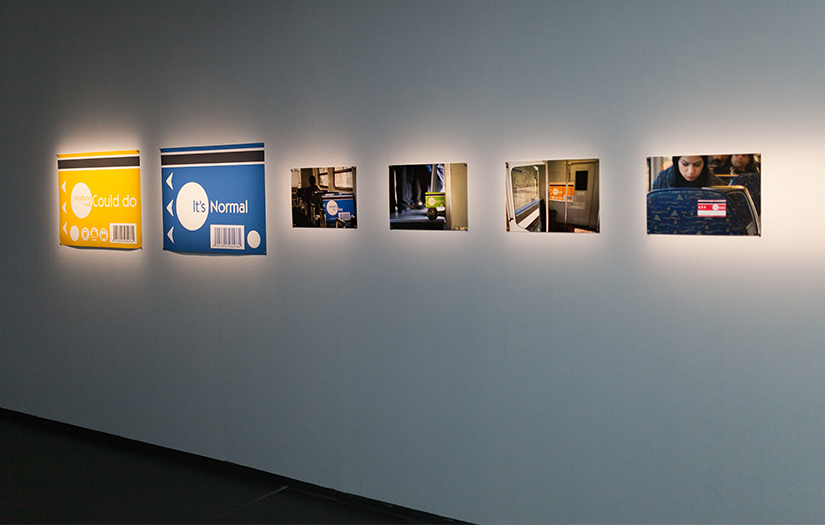