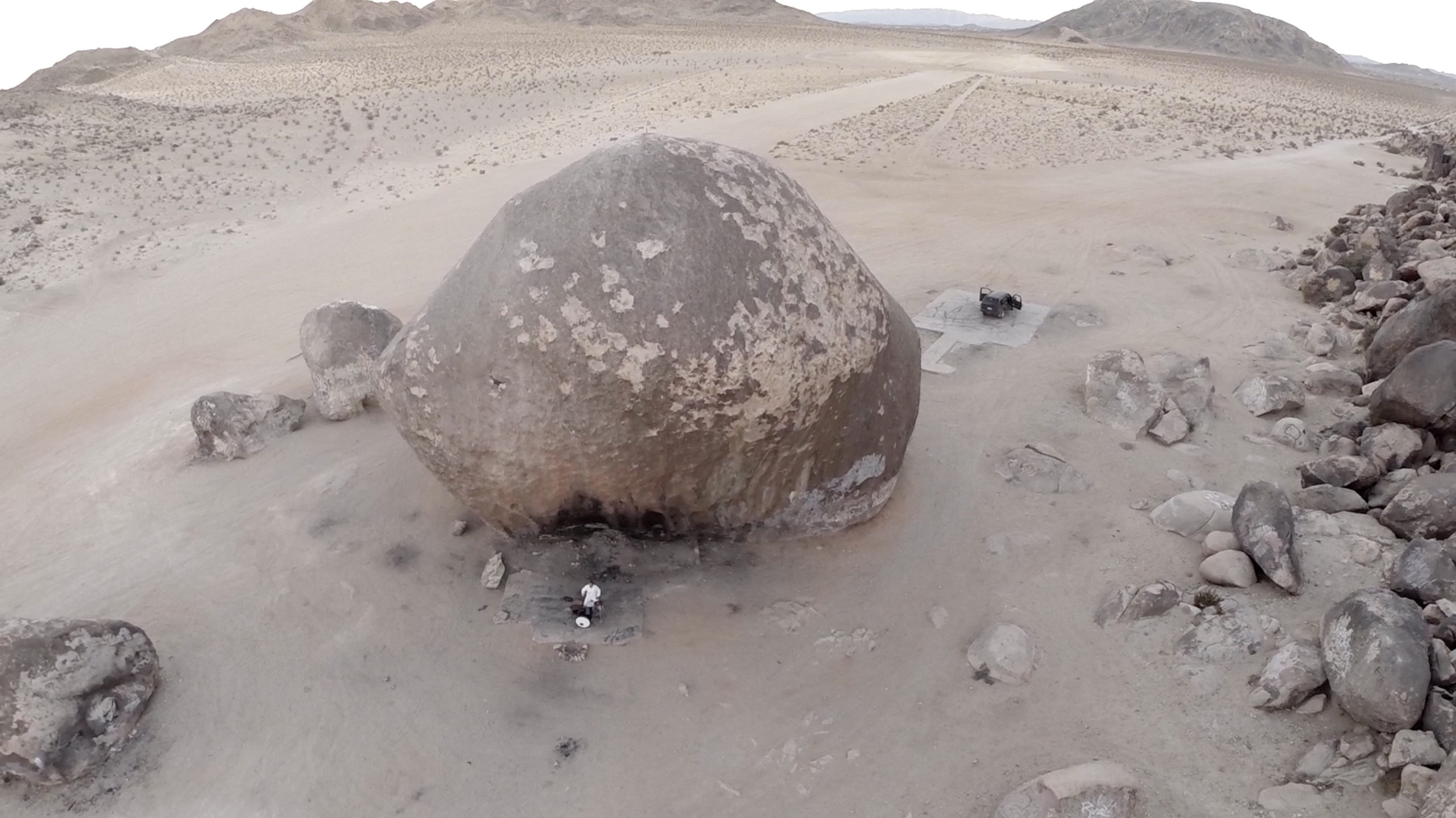 In 2018, the 65th Blake Prize was awarded to Tina Havelock Stevens for her video work titled ‘Giant Rock’ (2017). ‘Giant Rock’ will be exhibited at Casula Powerhouse Arts Centre up until the launch of The 66th Blake Prize on 13 February 2021.

With one of my performance projects, I embody a dissemination of energy of different spaces and environments. Using rock n’ roll drum-kits the work unfolds through recorded live spectacles filmed at various unusual and extraordinary sites and subsequently presented as video installations. The performances inhabit the location visually and sonically, tuning into the frequencies of a specific site and place, the inexplicable and the other.

‘Giant Rock’ is a site considered a spiritual vortex and has drawn many throughout history from Native American chiefs who considered it holy ground to German loner Frank Critzer who made a living space underneath it in the 1930s before being killed there by authorities. Local George Van Tassel took Critzer’s space over and declared the rock had piezoelectric powers. He ran a successful UFO convention there for 20 years into the mid 70's. The subterranean space was eventually concreted up leaving a flat platform on which I play.

These days the rock attracts dirt bikes and those with the desire to graffiti the free-standing boulder.

The site very much represents how certain life beliefs for some are the antithesis for others.