Join us for this free online film screening presented as a companion to our current exhibition Bittersweet!

Bittersweet presents iTaukei and Indo-Fijian artists who share their experiences of living in diaspora as well as the connection to their island home: Fiji. It is a talanoa: a laying down of artworks and stories some sweet, and some bitter.

This online film screening presents two films made by filmmakers with deep connections to Fiji. Much like the artists in the exhibition, these filmmakers interpret ideas around language and stories, and what it means to have a connection to place.

Both films will be subtitled in English. Please note the short film is unclassified but we recommend adults only. 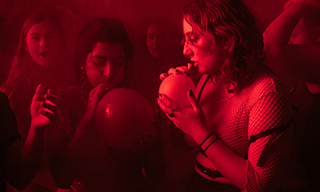 Two Fijian-Indian sisters escape their cousin’s wedding to get high on disobedience and drugs.

Joining their friends, a pair of sisters enjoy a wild night out in the heart of Sydney. Featuring clever cinematography that captures both youthful abandon and slowly altering states of consciousness, Don’t Forget to Go Home dramatises the tensions between culture and queerness, rebellion and responsibility. 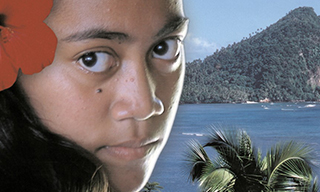 The Land Has Eyes (Original titled Pear ta Ma ‘On Maf) is the only dramatic feature film ever made by a Native of Fiji (2004) that has won international acclaim. The film is shot entirely on the island of Rotuma, one of Fiji’s 330 islands. Written and directed by Vilsoni Hereniko who hails from Rotuma where he grew up for the first sixteen years of his life, this first feature had its world premiere at the prestigious Sundance Film Festival in North America and won several awards, including best dramatic film at the Imaginative Film and Media Arts Festival in Toronto, Canada; it also screened at more than 30 international film festivals around the world.