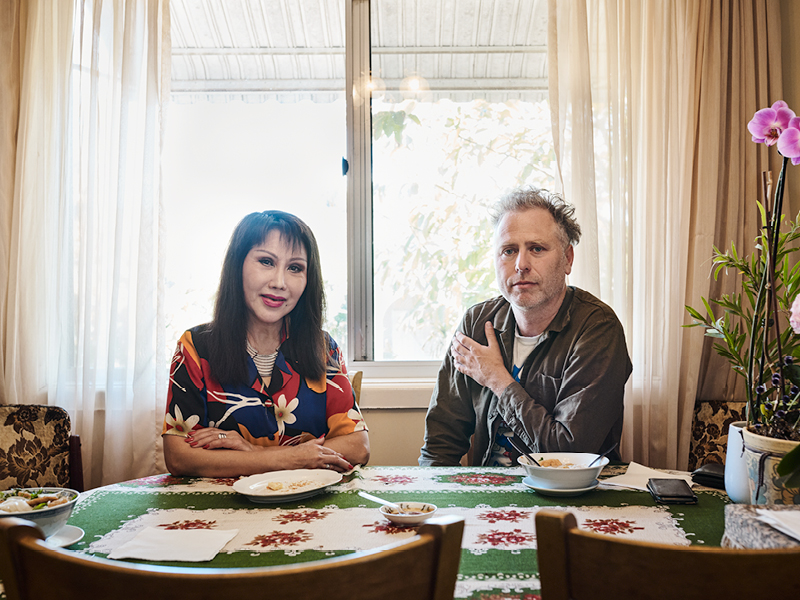 Dang Lan is a multi-instrumentalist and performer of Vietnamese popular and folk music. Toby Martin is a rock musician and songwriter, best known as the singer in Youth Group.

Lan and Toby met while working on Songs From Northam Avenue (Urban Theatre Projects) five years ago and have been friends and musical collaborators ever since. This concert premieres new songs that Lan and Toby have written together – songs about journeys to and from Australia, and complicated feelings about home, longing and displacement – as well as traditional Vietnamese songs given a new twist.  These songs represent a meeting point between Lan and Toby’s two musical traditions. They are local Sydney and western Sydney songs and stories, but they are also global ones.

Lan and Toby will be joined by guest musicians including Bree van Reyk and Matthew Steffen.

This work was commissioned by Utp.

Dang Lan is a renowned interpreter of Vietnamese music in Australia. She has been a key figure in promoting Vietnamese culture in Australia for the last forty years. Lan is well known as a vocalist, an instrumentalist, a composer and a reciter of Vietnamese poetry. Lan has performed in Sydney and interstate, at numerous high-profile cultural and multicultural events such as the Festival of Asian Music and Dance and the Sydney Asian Theatre Festival. She has also been a prolific contributor to SBS Radio, and has appeared on television on ABC, SBS and Channel 7 television.

Toby Martin is one of Australia’s most highly regarded songwriters and singers. He has released seven albums, including five with the band Youth Group. He has had a top-ten album, a number one single and won an ARIA award. He has released music in Europe and North America, where he has also toured extensively, including festivals such as Coachella and Reading/Leeds. Youth Group’s albums have been listed on Triple J’s best Australian albums of all time, and Double J’s best albums of 2019.  Toby has also worked as a co-songwriter with legendary Indigenous singer Roger Knox, and as a songwriter on community projects including with Syrian refugees in Jordan and people in incarceration in the UK.

Toby and Lan worked together on Songs From Northam Avenue, a collaboration between musicians based in Sydney and western Sydney with diverse cultural backgrounds and musical styles including Arabic, Vietnamese and western. This project was premiered as part of Utp’s Bankstown Live at the Sydney Festival in 2015, and has since been performed at Carriageworks, Casula Powerhouse and the National Gallery of Victoria.

Praise for Songs from Northam Avenue (2017)

“a unique LP that not only showcases that familiar compassionate songwriting style and gently penetrating melodic gifts but features a group of musicians…that reflects the diversity of the Bankstown community…a sad, wistful, thought-provoking album.”

One of the best fifty Australian albums of the decade – David James Young - Junkee.com